A month ago I had the privilege to attend the Python in Astronomy 2018 conference, which gave me an unique perspective of the status of Python in the astronomical sciences and an opportunity to present poliastro to a very technical audience. I was planning to post a writeup somewhere, and as the Zen of Python says...

What was Python in Astronomy?

Python in Astronomy (from now on, PyAstro18) is best explained in its website:

This conference aims to bring a wide variety of people who use, develop or teach people about Python packages in the context of all forms of Astronomy. The conference will include presentations, tutorials, unconference sessions, and sprints. As well as enhancing the community around astronomical uses of Python, the conference aims to improve collaboration and interoperability between Python packages, and share knowledge on Python packages and techniques. It will also provide training and educational materials for users and developers of Python astronomy packages. 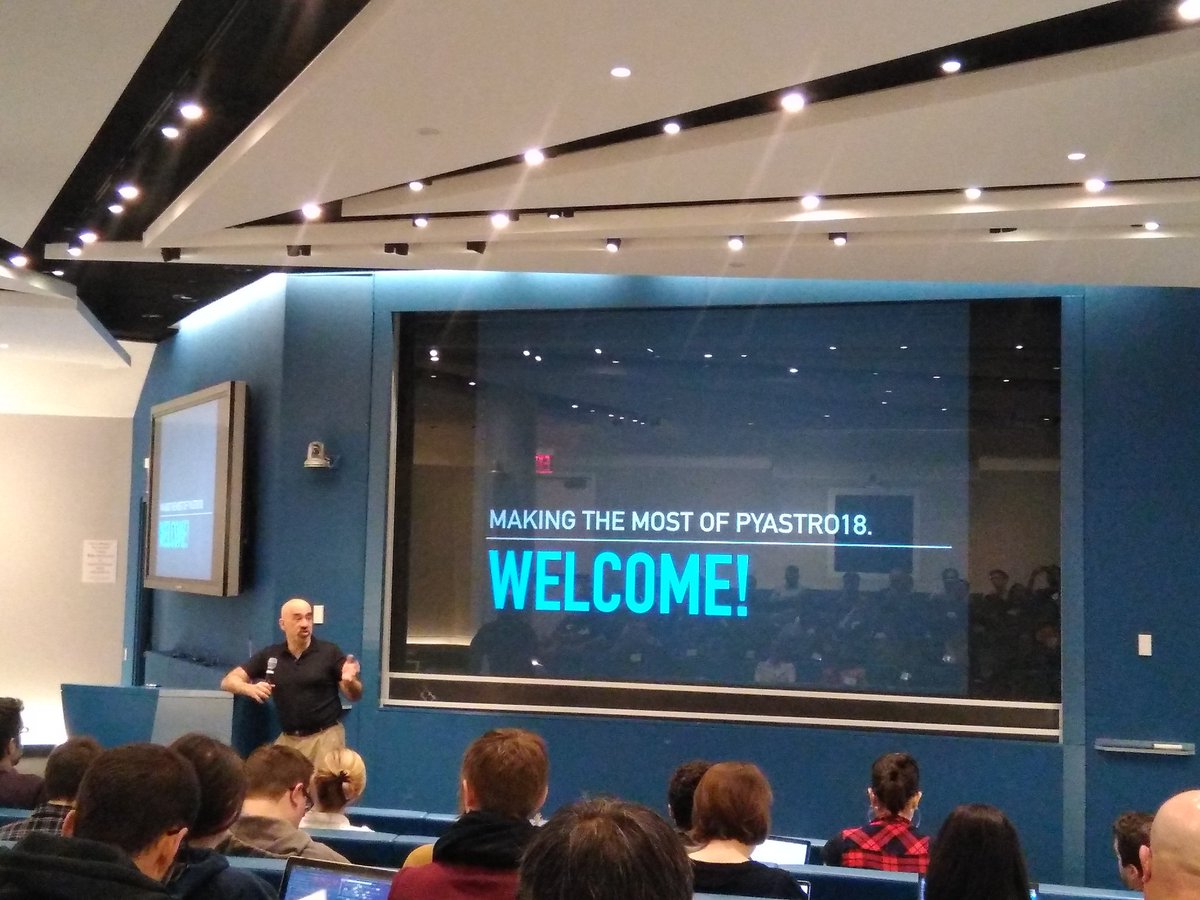 This year it was celebrated at the Center for Computational Astrophysics, a research center committed to developing the research tools needed for modern astronomy as part the Flatiron Institute, in New York.

I had heard about the conference perhaps last year, but this was the first edition I actually applied to attend, and I was selected! Not only did the organization pay for transportation and accommodation of all the attendees (including yours truly), but also they did a wonderful job gathering a diverse audience, which made me extremely happy!

PyAstro is not an ordinary conference, and many types of sessions happened:

The best thing is that you can read most of the content we generated during the conference in this index and the linked documents! This includes the summaries of the unconference sessions, the lightning talks list, the participants directory, pictures and more. Great, isn't it? 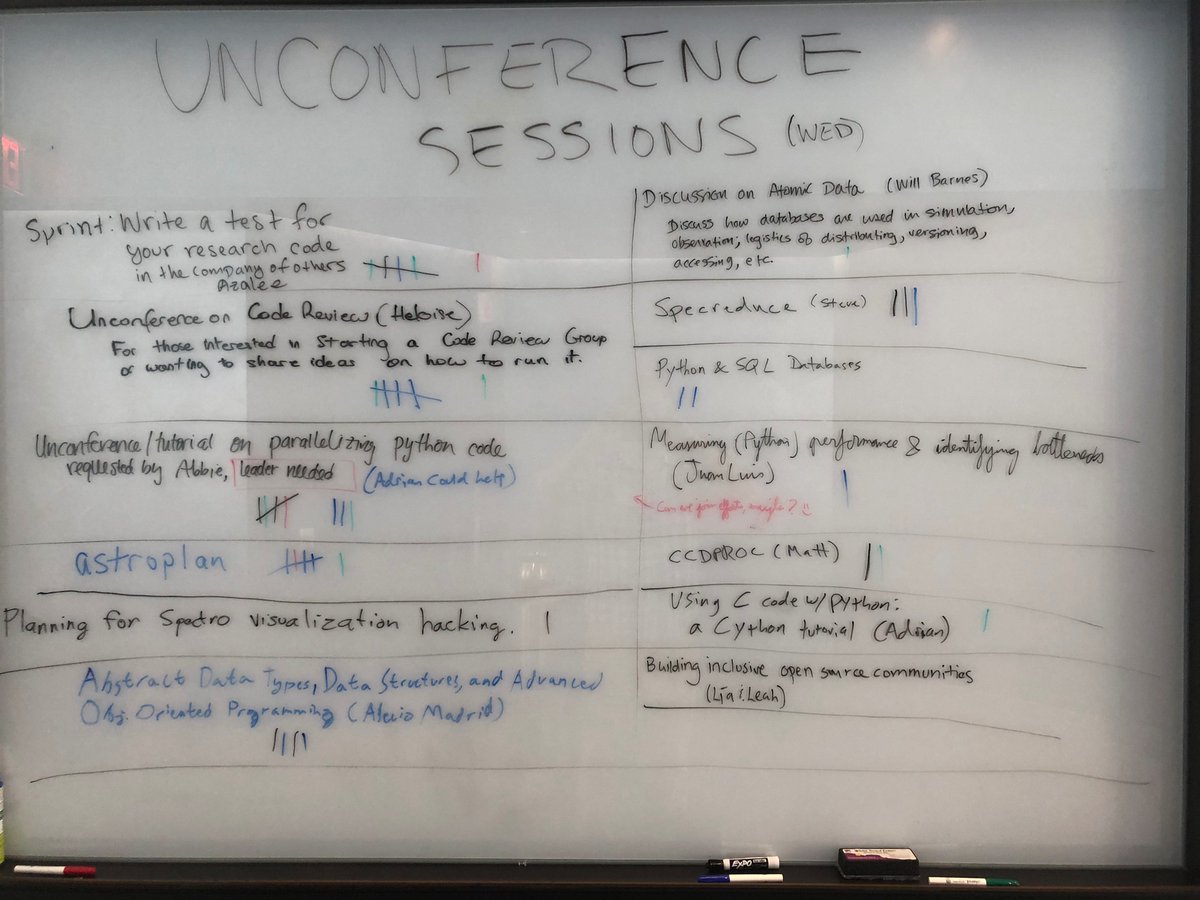 I wanted to make the most of PyAstro18 and participate as much as I could, so before arriving to New York I already had a rough idea of my main goals for the event, which were:

With this in mind, apart from my scheduled talk about poliastro (repo), I gave a lightning talk titled "That messy conversation about reference frames" inspired in this lengthy issue in astropy.coordinates that is not over yet (repo) and I co-chaired an unconference session about Parallelization, Cython, Measuring Python Performance and Identifying bottlenecks.

Luckily, poliastro attracted some attention and I got many interesting question from the attendees. The golden moment of the week was when Abbie Stevens wrote "Where are you sitting? Someone has a question about orbital mechanics!" 💗 Also, Charlie Payne announced that he had used poliastro with high school students to examine the Europa Clipper mission 💖

For my hack day project, I decided to work on the performance of astropy.units, doing some profiling with common use cases to identify hot spots and hopefully try to address some of them. I must give a special Thank You here to Erik Tollerud, which was super kind and supportive all the time and always happy to give guidance even though he was doing a dozen things at the same time. I also worked a lot with Manodeep Sinha, our optimization expert and "general pedant about coding", who gave lots of useful and interesting suggestions to optimize the code. The conclusions can be read in this issue and can be sumarized to "why the heck is isinstance so slow?".

Regarding the decision on the ecliptic frames, at one point I sat with Adrian Price-Whelan and Erik and figured out that 12 or 24 ecliptic frames would be too many (unsurprisingly), and that we would have to find a compromise using factory methods and trying to make common frames visibly documented. A straightforward solution that works for us is already in place in poliastro, but I hope I have enough time to work on this before Astropy 3.1 feature freeze and reach consensus with the rest of the Astropy core developers (since not all of them were at PyAstro18).

And finally, I think I managed to meet lots of new people and had some fun :) I found myself excited to find other Spanish-speaking people (special mention to Carlos Alberto Gómez González, with whom I had a couple of funny anecdotes) and in general I was glad to meet people I usually interact with on GitHub, in person. 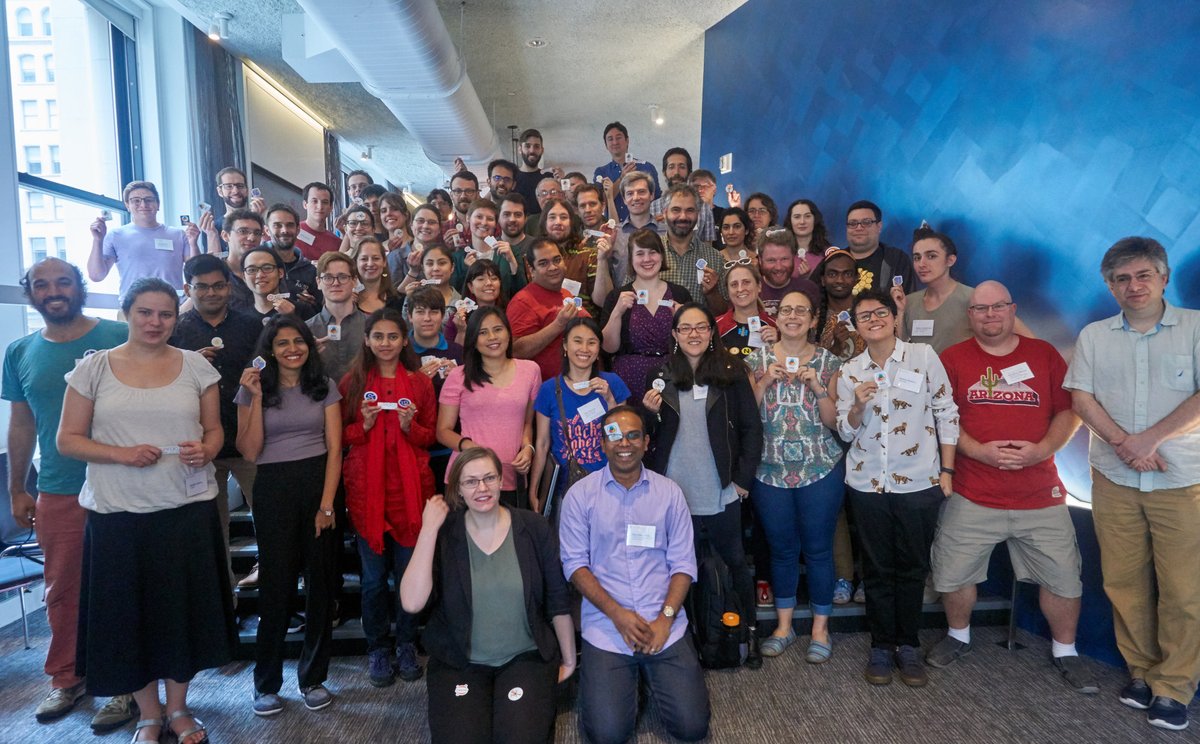 Looking forward to see you all at PyAstro19!