In the previous entry, several different APIs related to NEOs were studied, and finally NeoWs was chosen to start working with.

This week, we aimed to start with coding itself, adding an orbit_from_spk_id function to newly created poliastro.neos module.

In order to achieve this, the first step was researching how NeoWs API exactly works.

As stated in the prevoius article of this "series", this API provides several different functionalities, but, for the moment, we were only interested in the lookup service.

It also counts with web documentation, which was a really good start point, as you can see: 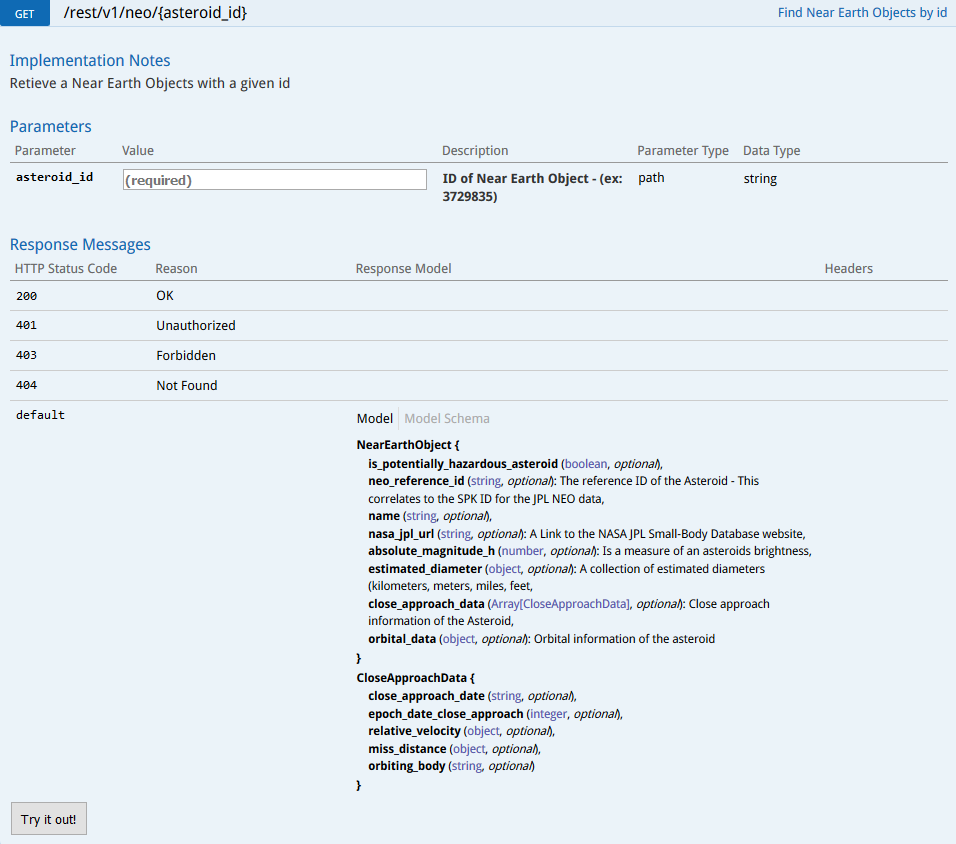 When using the lookup service (and any NASA API) you need an API key, but we used DEMO_KEY, which only limits your queries to 40 per hour. Having that in mind, all you need to do is a query with a body SPK-ID (we will explain this number later), and, if all goes well, the API will answer your query with a JSON response, containing the following data:

Of course, we were mainly interested in orbital data. But, what would mean "orbital data"? A simple query using Eros asteroid SPK-ID, gave us the following:

Not bad at all!

There are several ways to create an Orbit object in poliastro, but it seemed that we had all the necessary parameters to create one with from_classical() function.

So, after retrieving API information, we were ready to start coding :)

Since you can see the neos module code on Github, I won't write much about it here.

We decided to use Requests library, which is really easy and has its own JSON parser.

The function created is really simple:

After that, we were able to create such a beautiful code :P : 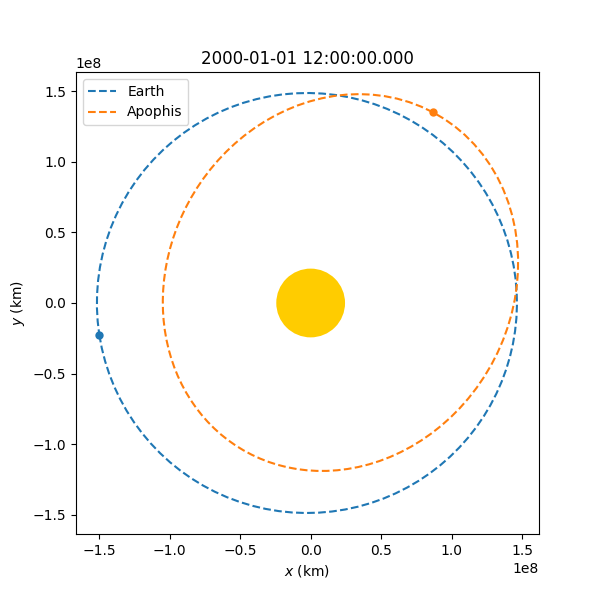 The function was coded and it worked, but there were still some problems.

As I said in the previous entry, NeoWs has pros (that's why we decided to use it), but also has some cons, and one of them is that it only allows to browse by SPK-ID number.

SPK-ID (do not confuse with IAU number) is a number that JPL uses to catalog small-bodies in their database, so it isn't easy to find unless you search in JPL Small-bodies Database.

Having to use internet in order to find every SPK-ID would be really boring, so the next logical step was coding a function that, given a name, searched the corresponding SPK-ID. Combining this function with the previously written, orbit_from_name function would be trivial.

As I said, the only way that we had to find SPK-IDs was using JPL Small-bodies Database, but it doesn't provide machine-readable data (web interface isn't really modern either, as you can see), so a HTML parser was needed. 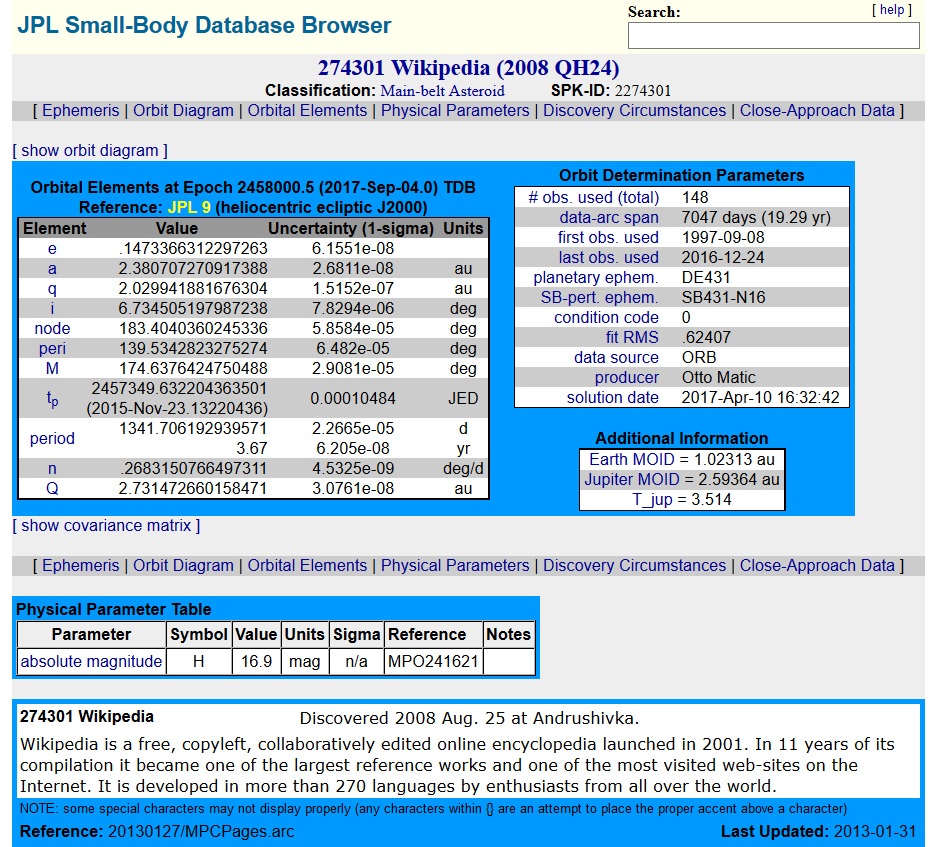 We wrote an name_from_spk_id() function that basically makes a GET request to SBDB with a string. After that, there are three options:

Again, code is available on Github.

Modules with HTML parsing in them are usually ugly, and this one is no exception, but it works, so currently you can get a NEO orbit (only NEAs at the moment, but it's equally great) by name or IAU number.

Next days, we will probably take a close look at some JPL offline databases we found yesterday, so we don't know if we'll continue with the same code or we'll change radically. That means that next week entry topic will be completly unknown until then ;) See you!